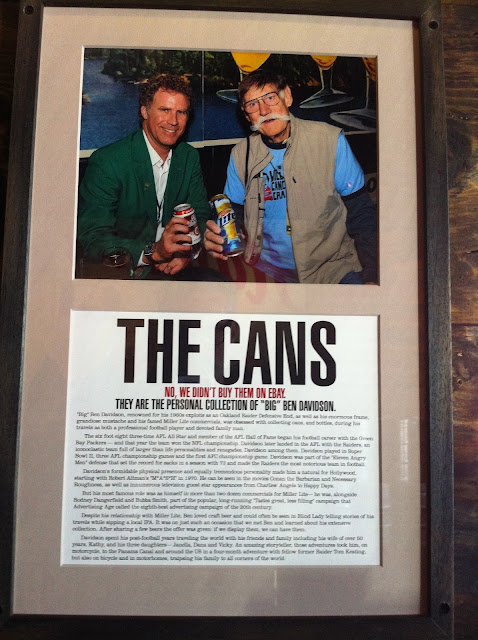 Will Ferrell Pictured with Ben Davidson at the Cancer for College Craft Beer Bus benefit.


NO, WE DIDN'T BUY THEM ON EBAY
"Big" Ben Davidson, renowned for his 1960s exploits as an Oakland Raider Defensive End, as well as his enormous frame, grandiose mustache and his famed Miller Lite commercials, was obsessed with collecting cans, and bottles, during his travels as both a professional football player and devoted family man.

Davidson spent his post-football years traveling the world with his friends and family including his wife of over 50 years, Kathy, and his three daughters— Janella, Dana and Vicky. An amazing storyteller, those adventures took him, on motorcycle, to the Panama Canal and around the US in a four-month adventure with fellow former Raider Tom Keating, but also on bicycle and in motorhomes, traipsing his family to all corners of the world.
Posted by blind lady