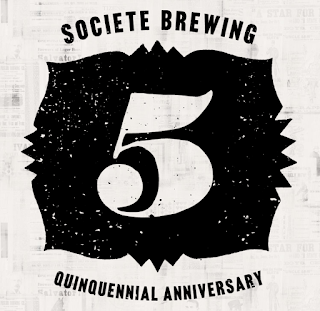 5 years ago Societe opened their doors to the public and we fell in love with their beers. Seriously, we couldn't get enough of them. 5 years later and we still feel the same way. So, we're celebrating their celebration with our very own celebration.

While your in, check out the can collection Ben donated to BLAH. What you see isn't only a portion of it, the rest are still in boxes waiting for us to build more displays. It must be one of the biggest collections of cans every collected--and drank--by one single person ;)

This year's beer...
Hazy 8% DIPA Brewed with Organic Malt from the U.K. & Germany, balanced bitterness from Citra & Simcoe Hops, then Dry-hopped with a grip of Mosaic hops for a tropical, fruity, juicy flavor and aroma. Dangerously refreshing, with big notes of Guava & Passionfruit, and a clean finish.

The six foot eight three-time AFL All Star and member of the AFL Hall of Fame began his football career with the Green Bay Packers — and that year the team won the NFL championship. Davidson later landed in the AFL with the Raiders, an iconoclastic team full of larger than life personalities and renegades, Davidson among them. Davidson played in Super Bowl II, three AFL championship games and the first AFC championship game. Davidson was part of the "Eleven Angry Men" defense that set the record for sacks in a season with 73 and made the Raiders the most notorious team in football. READ MORE... 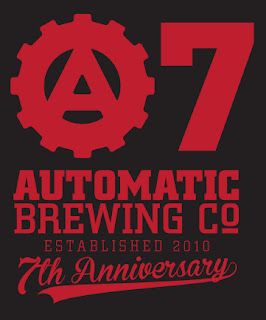 It's Automatic's 7th Anniversary and, in Auto style, we're just going for it. In 2010 we became Normal Heights first, and only, brewery. 7 years later we're still the one.

Watch for a few beers hitting the taps including a new Lager, Pale Ale, IPA and maybe some interesting surprises.

THURSDAY 6/1
AUTOMATIC GLASS GIVEAWAY
- We're giving away what's left of our OG .4L Automatic Willis. We've got __ of them to give away starting at 6pm. Get in early and get them while you can.

SATURDAY 6/4
FLIGHTS WITH THE BREWER
- At 7pm meet up in the Hamm's Room and Master Brewer Lee Chase will guide you through a flight of the latest Auto Beers (plus, maybe some surprises).
Posted by blind lady