SUN 1/24
NATIONAL CAN BEER DAY
Lots of craft cans and 200 Canniversary Keeper Koozies
One koozie per can purchased. Drink 4 cans, get 4 koozies!
Starts at 11:30am. We'll have 200-ish koozies to give away.
Canned beer makes its debut on this day in 1935. In partnership with the American Can Company, the Gottfried Krueger Brewing Company delivered 2,000 cans of Krueger’s Finest Beer and Krueger’s Cream Ale to faithful Krueger drinkers in Richmond, Virginia. Ninety-one percent of the drinkers approved of the canned beer, driving Krueger to give the green light to further production.

WED 1/27
BLIND IPA CHALLENGE
This one will be easy. All local. All familiar.
Winner(s) gets(splits) a $100 gift card to BLAH. 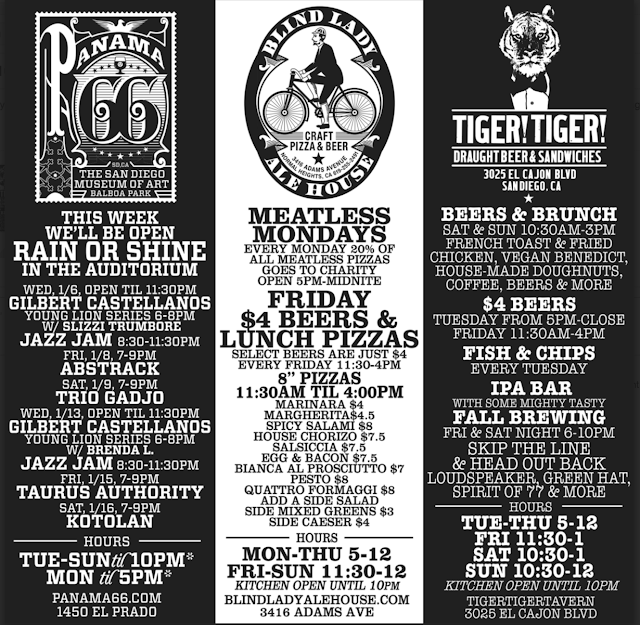