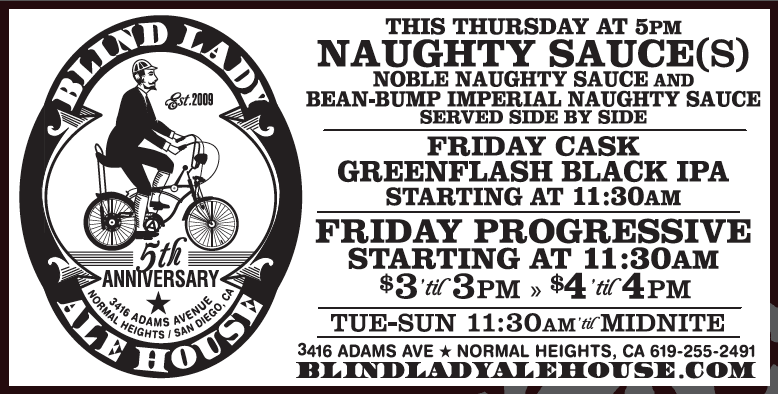 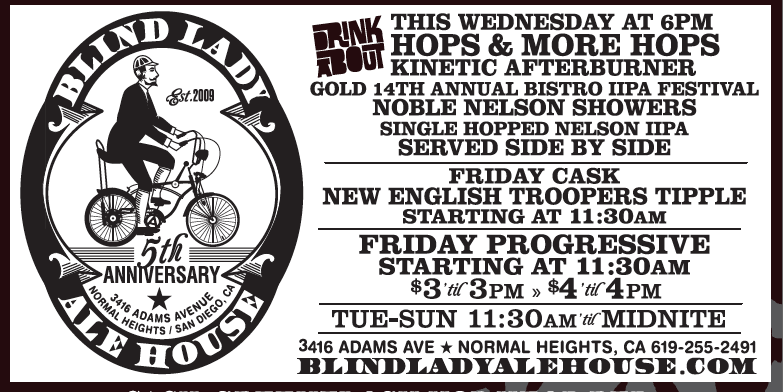 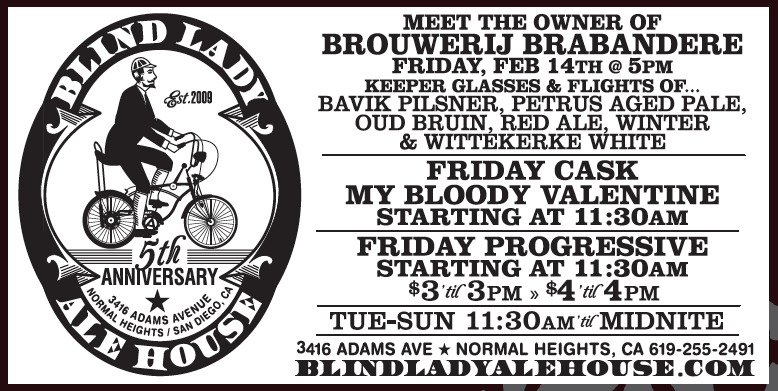 Friday is going to be a big day for us.
Starting at 11:30am we've got Progressive Friday,
we'll also have a cask of AleSmith My Bloody Valentine.
Then at 5pm you can meet the owner of Brouwerij Brabandere
and taste a flight of Bavic Pils, Wittekerke White along with
Petrus Aged Pale, Oud Bruin, Red Ale and their Winter.
Posted by blind lady

We turn FIVE in just over a week. And we have lots, LOTS of things planned to celebrate
that milestone. Think BEER. Here is the schedule, as always, subject to change.

Tuesday, Feb 4th at 11:30am
5th Anniversary Beer Release & Darkest Thing & Keeper Glass
We'll release Automatic Sting Ray, our 5th Anniversary Blahk Ale and there will be a limited number of Sting Ray t-shirts available. And they're rad. Plus, we unearthed one more keg of the Automatic Barrel-Aged Darkest Thing for our rare beer lunch. We'll have 5th Anniversary Keeper Glasses twice in one day. We'll have 40 to give away at 11:30am and then 100 more at 6pm. Just purchase a Sting Ray and keep the glass (while supplies last).

Thursday, Feb 6th
Rare Beer Lunch with Firestone 17th Anniversary at 11:30am &
HOPPY CANniversary at 5pm
Our friends at Firestone Walker sent us down a keg of their anniversary beer just to remind us that they've been at it for 12 long years more than we have. That's cool. We'll take it. We'll also bring in some of our favorite hoppy can beers at 5pm --and maybe more--to serve in our 5th Anniversary koozies.

Friday, Feb 7th
Progressive Kegs Gone Wild
& YuleSmith Cask
We'll get the day started with a ridiculous version of Progressive Kegs. EVERY DRAFT BEER will be $3 til 3pm and then $4 til 4pm.
We'll also tap a cask of AleSmith YuleSmith (sorry, not part of the progressive deal).

Saturday, Feb 8th
Rare Beer Lunch with Hair of the Dog Adam
& Running with Capes
It's not every day we get a keg of Hair of the Dog Adam. It's also not every day you see people running around town wearing capes. But, on this monumental day both will happen. We'll tap HOD Adam at 11:30am and you'll see a hundred, or so, beer enthusiasts attempting to cover 5 kilometers to celebrate 5 years of great beers. The run is sold out!!! But feel free to tag along if you'd like. Just make sure you bring your own cash and your ID.

Sunday, Feb 9th
Mystery Beer & Mystery Ride
Automatic will release a special barrel-aged "mystery" beer Sunday at 11:30am. We'll also host a beers & bikes "mystery" ride. Mystery? Yes. At least for now. The ride will meet at BLAH at 11:30am and roll out at noon-ish for a 26-ish mile ride. Get info on our Facebook event page.

Also on Sunday, Feb 9th...
Customer Appreciation Day w/ "Bad Glass" giveaway
Our glass supplier kinda messed up the printing on their first try with out 5th Anniversary glasses and you are about to benefit from their mistake. To close out our 5th Anniversary we wanna say thanks to everyone and all their support over the years by giving you a "Bad Glass." Just show up on Sunday wearing any BLAH swag (shirts or hoodies) and we'll give you a glass (we've got about 100, or so). That's it. Show us your support and we'll show you ours. BTW, the glasses still look pretty awesome even if they are "bad". Get info on our Facebook event page.
Posted by blind lady