A Busy Month for Lee 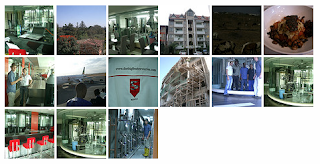 Wow…Last month was a weird one…but in very cool ways! Here’s a little review of some of the interesting things that happened, in chronological order:
Unfortunately, I was away from Blind Lady for a good number of days, but Jen, Jeff, and Clea stepped up and did a great job in my absence. Thanks to them, and the rest of the BLAH staff. It’s been interesting being away, and it’s great to be back.

Here are some photos.
Posted by blind lady ale house