This week we'll celebrate the tapping of these delicious beers: 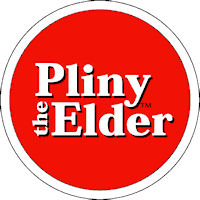 This Double IPA has a huge hop aroma, crisp hop bitterness, and a ton of hop flavor. Widely considered one of the best Double India Pale Ales available. And it tastes excellent from our taps (all Stainless, Direct Draw)...even Vinnie was impressed.
8.0%ABV, 1.071 O.G

Wednesday: Mothership Wit from New Belgium.
This Organic Belgian Wheat (Wit) ale has a great balance of yeast character and spices (Coriander and Orange Peel). You may be familiar with this style of beer from the popular Blue Moon(MolsonCoors) or Hoegaarden(AB-InBev). This beer, however, is from an Employee-owned American company known for it's environmental consciousness...Does that make it taste better? Not sure, but something does. It's really flavorful, light, and refreshing.

Thursday: Devotion from Lost Abbey.
This Belgian Pale Ale weighs in at 6.25% abv, which is great for having a few. It has an obvious hop character, which is not very characteristic of Belgian beers. The aroma is sweet and Citrus-y. 3 different yeasts are used, but the yeast character is very subdued: It drinks more like a clean west coast pale ale. Hoppy, Dry, Easy to drink, with a pleasant hoppy finish.

Friday: Alpine Tuatara
Every Friday we feature a local breweries Cask Conditioned beer. Cask ales are the most "natural" state of beer: Unfiltered, naturally carbonated from Fermentation, and often with additional ingredients added directly to the specially-designed keg (which is called a Firkin). They are NOT served with CO2 pressure, but instead pulled from the cask with a Beer-Engine (or Hand Pump). These beers are soft on the palate and very flavorful. Each week the selection changes, and each cask is unique, so check out the Chalkboard on Friday, and get to know the beers over an honest pint.