The restaurant that I’m most anticipating in 2009 is the Blind Lady Ale House, which is aiming to be open and ready to feed people by the end of January. A partnership between locals, including writer Clea Hantman and beer guru Lee Chase, the Blind Lady is housed in a 1920s brick building in Normal Heights and will serve Neapolitan-style pizza topped with fresh-made mozzarella, local veggies and sustainably produced meats. The aim is for a family-friendly food spot, with a finely curated lineup of local and craft brews, plus house-made root-beer floats made with ice cream from Adams Avenue neighbors Mariposa Ice Cream. www.blindladyalehouse.com.

We also got a review on sdurban.com 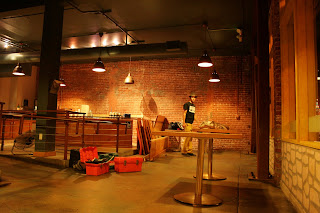 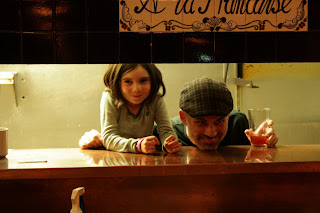 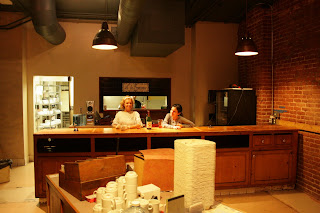 More Pizzas, Made at Home

Remember, these were made in my 1969 brown electric double oven at my house that has seen better days. Still, they look nice. We've made a bunch of variations on the dough, but the best is the original.

Egg cracked on. White was hard, yolk was soft. 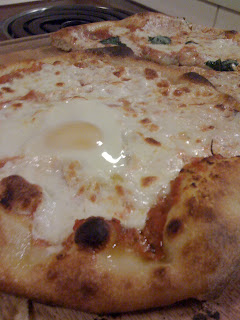 After reading something about asparagus being extra good for digestion... 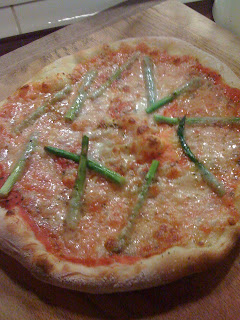 Jeff wanted me to try putting the proscuitto on before instead of the RIGHT way, after. In other words, it shouldn't cook. He thought it was tasty. It was better when we added the soft proscuitto with a bite. The saltiness was nice with the artichokes. 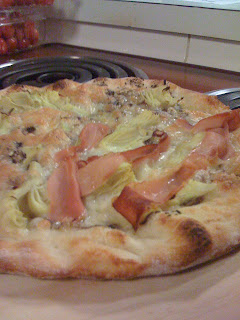 Look! Browning! On the bottom! In my sad oven! 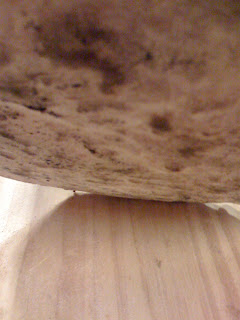 All the pizza blogs show a side photo so I figured I should too. Some bubbles, some air. This crust has a really nice chewiness yet it's thin and crisp as well. 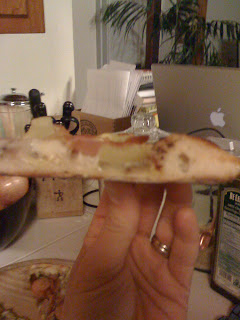 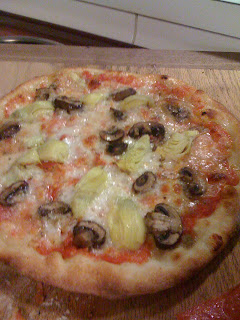 The Day it Became Ours, Officially 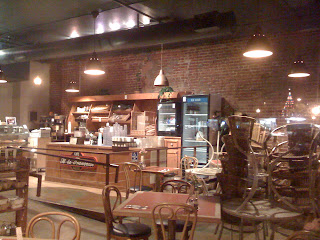 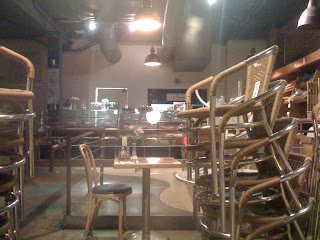