It's time again to celebrate the birthday for the late, great Michael "Beer Hunter" Jackson.
On Thursday we'll tap a keg 1-year-old "Beer Hunter" that's been aged and soured by Pizza Port Ocean Beach. We'll also tap a freshly brewed 2014 version from Pizza Port Solana Beach.
The Automatic version will be out in the next couple of weeks.

On Friday we'll have our standard Progressive kegs starting at 11:30am along with a cask of Benchmark Stout. Benchmark brews truly drinkable, enjoyable, sessionable beer.
The draft version is amazing and we can't wait to taste it on cask.

Saturday our friend in Dead Feather Moon will be in the house from 5-8pm as we host a fundraiser for the recording of their second album. Drink any Port/Lost Abbey beer and we'll donate $1 per glass to their indiegogo campaign. Win! Win!
More info on our facebook event page.

On Sunday we're teaming up with the Adams Avenue Business Association and raising funds to help pay the bands for their performances at this year's Unplugged.
Can't make it to our event, check out their kickstarter page to donate. 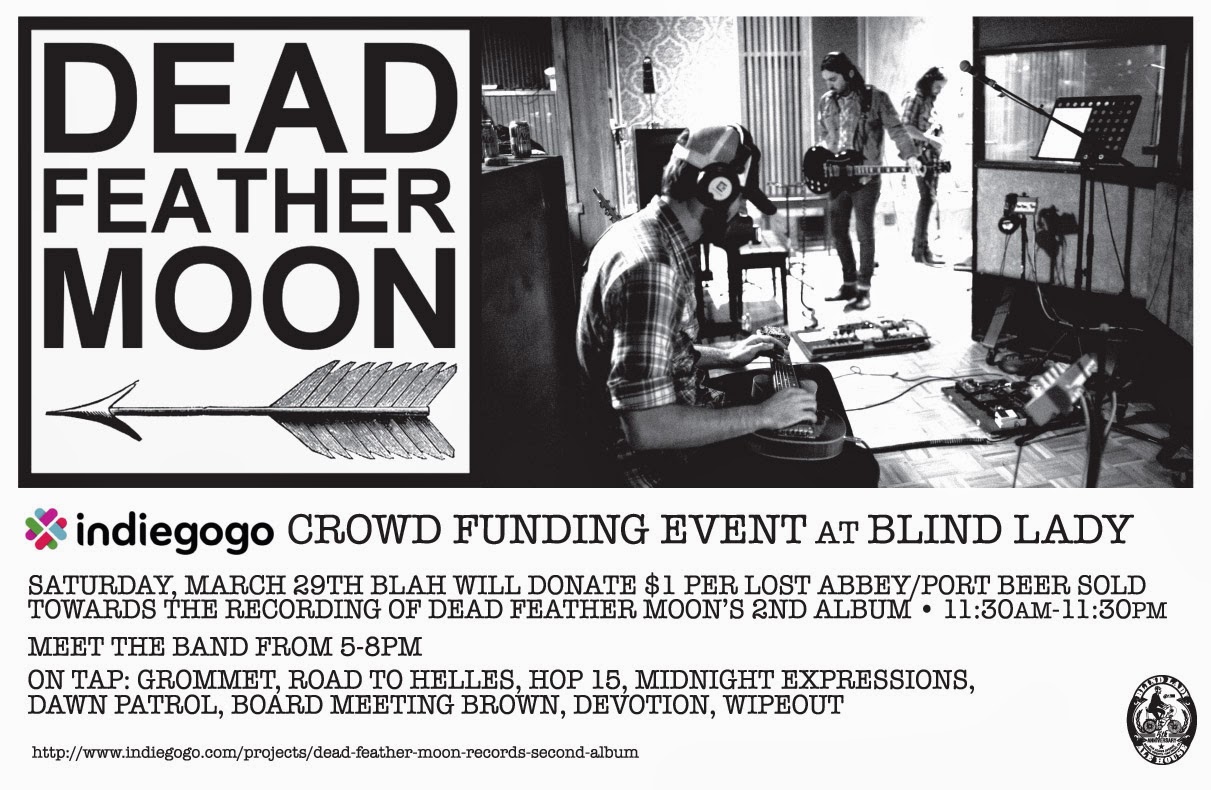 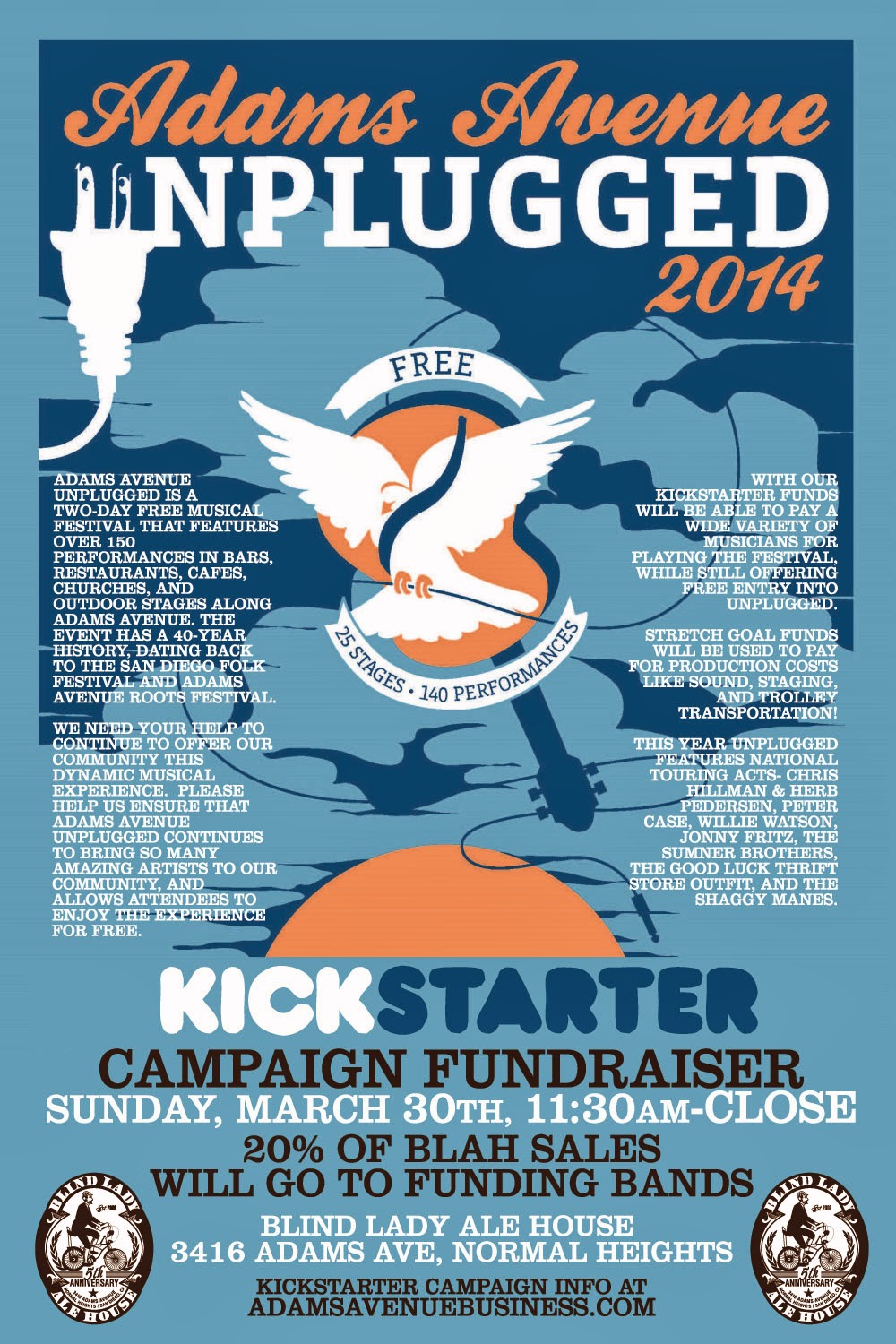 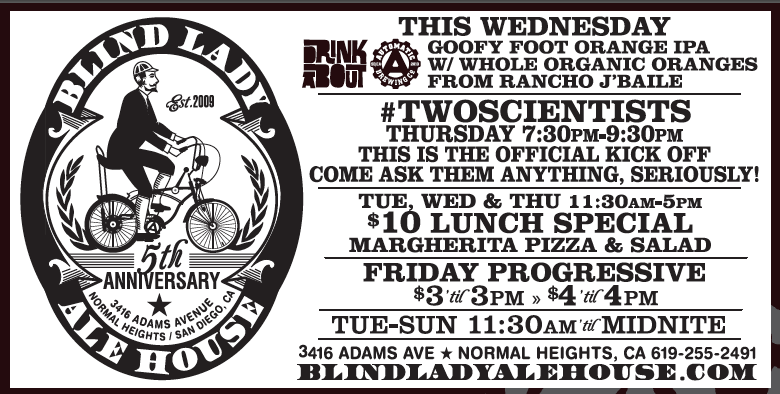 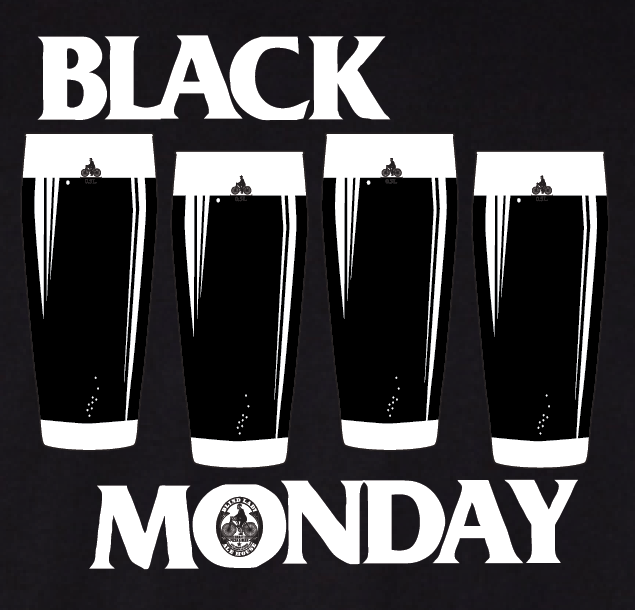 ESPN will air all 64 games from the 2014 World Cup. ESPN will televise 43 matches, while ESPN2 will air 11 and ABC will show 10, including the final. All games will also be available on all available on WatchESPN (ESPN and ESPN2 matches) or WATCH ABC (ABC matches).Kickoff times are generally noon, 3 p.m. and 6 p.m. ET until the final games of the group stage when they move to noon and 4 p.m. for the matches that are played simultaneously. The kickoff times remain at noon and 4 p.m. through the knockout stage until the final, which kicks off at 3 p.m. ET.Of note, the first two U.S. games, June 16 against Ghana and June 22 against Portugal, will air at 6 p.m. ET, the latest U.S. viewers will have watched the USA at the World Cup.ESPN’s coverage of every game will be preceded by a 30-minute pregame show, including teams walking onto the field, national anthems and ceremonial handshakes. Post-match segments will follow each game presentation.Special editions of ESPN's SportsCenter will follow all games except when a game precedes another live event on the network. On every match day, World Cup Tonight will recap the day’s action, and ESPN FC World Cup Encore – which will generally air for two hours on match days on ESPN, ESPN2 or ESPNEWS – will feature condensed versions of the best action in the day’s matches with analysis from ESPN FC pundits.Note: All times are ET. Kickoff follows after half-hour pregame show.