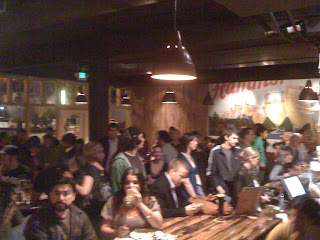 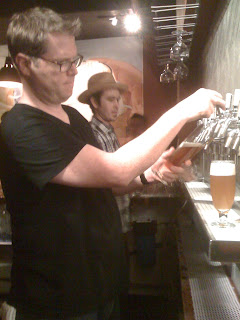 200+ pies and countless beers were served last night
Thanks to everyone who came out.

We will be open for lunch and dinner on Saturday and Sunday.

We'll post more about the weekend soon. Now we've gotta go make dough.
Posted by Are We There Yet? 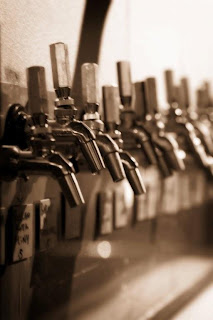 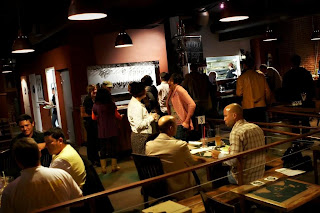 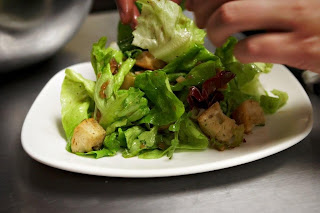 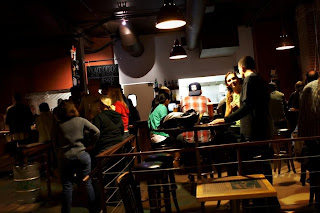 Shot by the oh so talented Erin Pennell of Rare Hare Studio, the wonderful K-12 (and family) art studio just a few blocks away at 3316 B Adams Avenue.
Posted by Are We There Yet?

Come one, come all! Just one week away...

Friday, January 30th we will open at 5 pm.
Saturday will also be a party, but that one starts at noon.
We will be open for lunch and dinner on Saturday and Sunday.

Our hours will be Tuesday - Friday, 5 pm - Midnight.
And Saturday and Sunday 11:30 - Midnight.
We may not have it down yet, but we will be trying hard.
We will post the menu, beer and wine lists in the coming days... stay tuned!
Posted by Are We There Yet?

About Brewing and Serving Beer at the Blind Lady

A couple months ago, as The Blind Lady project was getting closer to *happening*, we knew that it would be a while before we'd get the brewery installed. I was talking with the guys at Mission Brewery, and Dan mentioned that I might be able to brew a batch or two on his brewhous. Last week, I got a chance to sit down with the Mission Brewery guys, Dan and Ray, and sort out the details over a couple of Alt beers... and we came to some terms on making the first Blind Lady ale!

The Beer: I settled on a style I really like to homebrew-- An Organic Belgian Single. Ray and I are working on the details to get the batch brewed, and we think we could get it into the fermenter in the next couple of weeks.
The Malt: I'm super excited to use Organic malt on a whole batch of beer! I've played with it in the past, but only on a homebrew scale. I've tasted a number of Award-winning organic beers at the World Beer Cup and GABF. I judged both of those events (which are "blind" tastings, i.e. they don't tell you who brewed it, or that they are organic when judging), so I know that Organic is not only great for sustainability, but can also produce world-class beer. Considering other crops, Organic usually leads to more flavor than the commercial counter-part.
The Yeast: White Labs, a local yeast producer, will have the yeast ready next week. I love this yeast! This is a special yeast strain, which really gives a distinct character to the beer (hmm...maybe we can experiment with some Belgian-Yeasted pizza dough or focaccia...could be interesting...).

So keep an eye out for the beer in the next month or so...

In the meantime, I'll be installing the faucets and draft-system into our new cold box. We're not going to serve a lot of bottled beers, so the draft system is really important to me. We'll be rotating our draft selection pretty often, so I'm going kind of overboard on this... I really want the beer to be as clean as possible. This is a direct draw system, which will have the following features:

* A LOT of stainless steel parts in the draft system! Most (if not all) of the beers will not touch brass at all.
* A glass chilling/rinsing station, which will rinse out the trace amount of sanitizer in the glass. (I'm particularly sensitive to sanitizer in the glass, and it just bothers me that these great beers are being obscured by such a small thing. We'll get it out.)
* A strict line-cleaning/faucet-rinsing schedule, with a fairly custom-designed system to be sure that the lines are cleaned properly.
* And of course, the direct draw system, which has very short beer-lines to minimize the surface-area that needs cleaning.

So, with only a single beer currently on tap (you know, testing it out...) I'd better get going. We should have all this up and running soon! Check back for updates...

Cheers-
Lee
Posted by Are We There Yet?