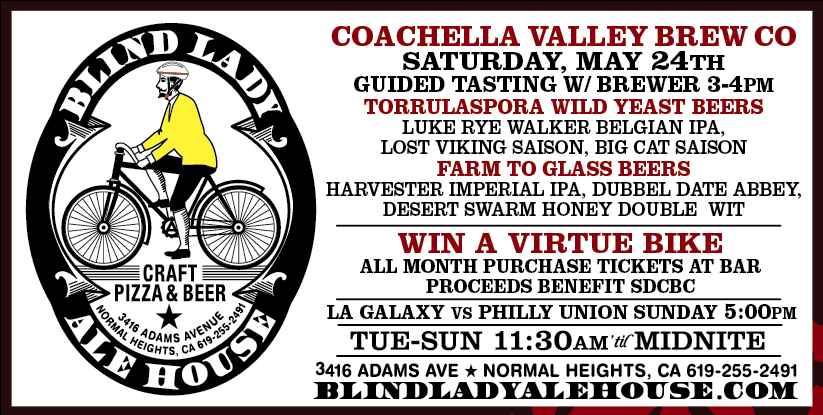 Chris Anderson has been brewing for over 20 years he has won world beer cup, great Alaska beer and Balreywine festival best in show and also won the alpha king as a commercial brewer edging out Lagunitas, Russian River, Sierra Nevada, and Bear Republic, As a Homebrewer he has collected over 460 medals and awards to include Best in show at Brewmasters Challenge, Americas Finest City, Fur Rendezvous, and the Alaska State Fair. He has 19 NHC medals as well as two final round gold medals for sour beers. Much of his commercial experience comes from working at Midnight Sun Brewing Company under Gabe Fletcher who is now with Anchorage Brewing Co. and Broken Tooth Brewing Company both in Anchorage, Alaska. He is a classically trained chef and graduated with a culinary arts degree. This background allows him to use my palate to create a subtle layering of flavors rather than muddling his creations as is the case with many of the beers offered today. He is now the owner and brewmaster of Coachella Valley Brewing Company. A fast growing craft brewery specializing in the use of locally sourced ingredients from Coachella Valleys agricultural Mecca the brewery is located in Thousand Palms, Ca. 20 mikes east of Palm Springs. This far he has brewed over 40 different beers and 1500 barrels in our first 10 months.

This Saturday from 3-4pm Chis will be at BLAH serving a guided tour of 6 of his beers, including 3 which were Fermented with a wild yeast Torrulaspora Delbrukii isolated by White Labs Troels Prahl in Dennark on an a abandoned apple orchard and brought to the US for propogation. The result is dominant bubble gum, banana, mango esters. Come join us as we learn more about yeast, brewing and the amazing things the Coachella Valley has to offer--including craft beer.

It's a Wild Ride with Firestone & BTWD 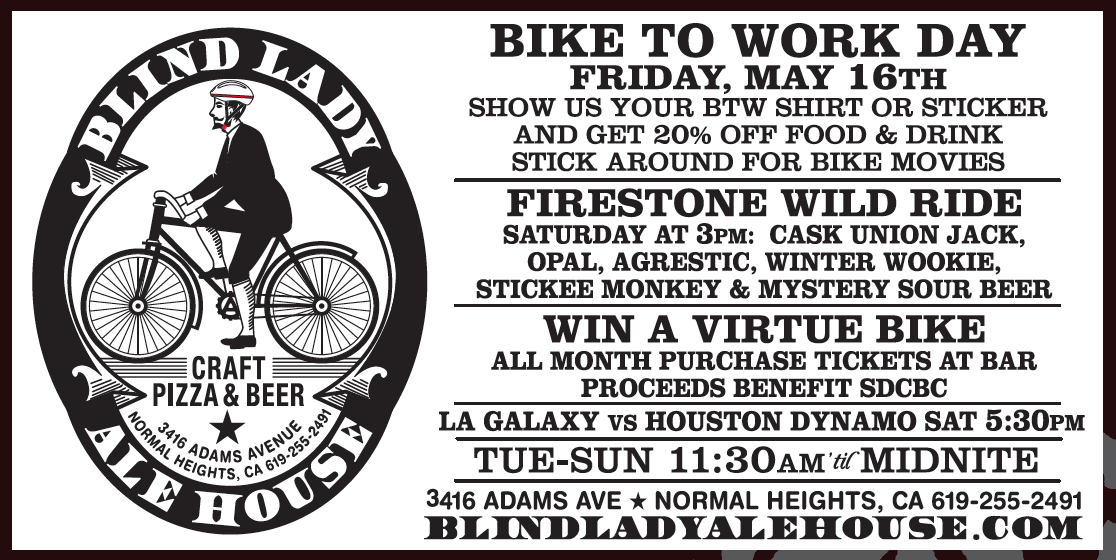 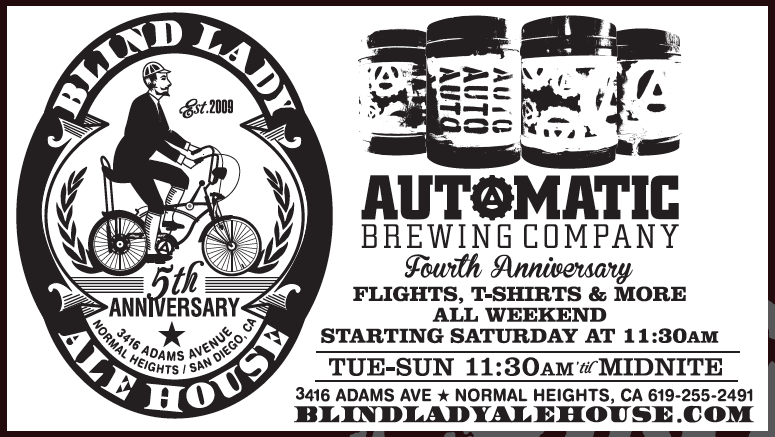 This weekend we celebrate Automatic's 4th Anniversary.
We'll have Limited Edition T-Shirts, Patches, Flights and more.
This starts Saturday at 11:30am and should go all weekend.
Posted by blind lady