"In response to the horrific situation in Haiti, AdventureCORPS will organize a cycling event called "80 For Haiti" on February 13, 2010. It will be an 80-mile ride, on Old Hwy 80 in southeastern San Diego County, with an $80 entry fee. 100% of the entry fees will go directly to Mercy Corps, one of the most respected relief organizations worldwide. The "80 for Haiti" start / finish will be in Pine Valley, CA. The route is spectacular, on absolutely quiet roads through rolling terrain. AdventureCORPS will absorb all costs, but food, drink, and support sponsors are being sought."

We're teaming up with Andrew at Adams Ave Bikes to do the ride. Join us. Sign Up!

Keep checking back because some details may change...
Download a printable PDF

Monday, January 25th
Port Brewing Beer Dinner with Jeff Bagby
SOLD OUT
Sorry, but as of Friday this event has sold out.
Our chef from day-one, Aaron LaMonica, has created a five-course tasting menu, each course paired to a gratifying Port beer. This is a pre-sale event only, you must purchase your ticket ahead of time. We are not open to the public this night. Award-winning brewer from Port, Jeff Bagby, will be on hand for the night as well. 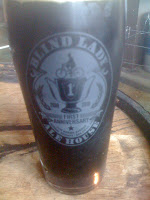 Get your hands on our Willi! We’re giving away a limited number (50) of our famous honest pint (actually they’re .5L) glass. We will have a flight of six Port beers including a Cask of Slap and Tickle.

Wednesday, January 27th
Automatic #1 Night & BLAH Keeper Willi**!
Our very own ginger-infused beer is back. Now is your chance to get it, because this might be the end! And once again you can get your hands on our Willi! The first 50 Automatic #1's sold will get to keep the Anniversary Willi.

Thursday, January 28th
Sierra Nevada Flight & BLAH Keeper Willi**!
The Sierra flight includes their Porter and Stout, the Glissade, Estate Harvest and their Life & Limb collaboration with Dogfish Head.
And again with the “get your hands on our Willi” promotion! The first 50 people to order the featured beer will keep to keep the Anniversary Willi. 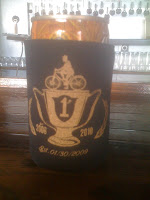 Friday, January 29th
Craft Cans & Keeper Koozies!
Beer in cans? Yes! And what does a beer can need? Why a koozie, of course. So we will have a limited number of Anniversary koozies to give away. Cans include Dale’s, Maui Brewing and 21st Amendment.

Saturday, January 30th
Barrel-Aged Flights & BLAH Keeper Pitchers!!
Two events in one night.
The Barrel Aged Flight includes Russian River Supplication, Firestone's Velvet Merkin, Barrel-Aged Speedway Stout, Lost Abbey's Angel's Share and a Cask of Stone's Smoked French-Oaked and Aged Porter.
The other event is the Keeper Pitcher— purchase the pitcher full of tasty beer for just $30 or get get just the pitcher for $20. We suggest the $10 fill-up while you’re here. Limited supplies!

Sunday, January 31st
BLAH Keeper Pitcher, Part Deux!
We will release another round of Anniversary pitchers to take home.
More food and drink goodness to come on this day that we haven't worked out yet.
Posted by blind lady ale house

**Subject to availability, in other words, we don't think it will change but don't get mad if it does a little, please.
Posted by blind lady ale house 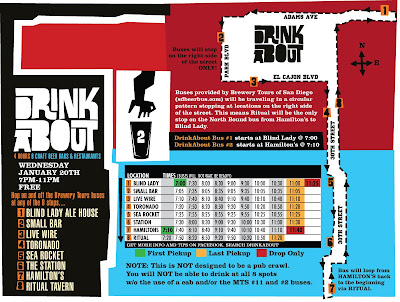 This Weekend at Blind Lady 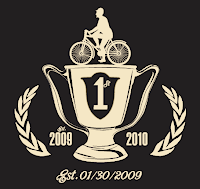 Yep, it's been a year! Starting on Monday the 25th and continuing through the weekend we will be having some great events to celebrate our 1st anniversary. Watch for events with Pizza Port and Sierra Nevada, a barrel-aged flight night, tons of giveaways and a few other events thrown in there.

When we moved into our space here at the Blind Lady one of the first things we fell in love with was Steve Florman's sculptures. It wasn't long before we were asking our new neighbor to display some pieces in our space. This conversation quickly turned into displaying quite a bit of his work for a brief show. So, for one night (Monday, January 11th) the Blind Lady Ale House will become a gallery of sorts.

The Immoral Forest investigates the previous life of wood and revives cast off elements in ways that question relationships between man and nature. Society’s corrupted pieces and dishonest parts are reformed. The objects created with abandoned elements are misguided growth; photosynthesis gone wrong.